Don't Ruin Your Colombian Coffee With These Little Brewing Mistakes

Have you ever bought what you thought were good quality Colombian coffee beans, only to brew a cup of coffee and be less than impressed by the results? You're not alone. Chances are, your coffee beans were, indeed, as good as the seller said they were. You probably just made one of the following small, common brewing mistakes, resulting in a less-than-amazing brew.

Bring the water to a boil, and pour it over your coffee beans — that's how so many people were taught to make coffee when they were young. When you use this method with storebought, pre-ground coffee, you don't notice too much of a difference because the coffee wasn't that great anyway. But when you do this with higher quality, Colombian beans, it makes quite a difference. Boiling water is so hot that it causes some of the more enjoyable, aromatic compounds in the coffee to float away. For better coffee, you really want to use water that's just under its boiling point. The easiest way to accomplish this is often to bring the coffee to a boil, let it cool for a few minutes, and then make coffee.

Mistake #2: Grinding your beans too far in advance.

Your bag of whole coffee beans is delivered to you. You spend an hour grinding the whole bag so it's ready. Does this approach sound familiar? Then your coffee is probably not turning out because it's going stale. Coffee goes stale quickly once it is ground, so you really want to grind those beans daily, right before you brew.

If you used to make pre-ground coffee, you might assume you can use the same volume of whole beans and get good results. But coffee beans take up more space when whole than when ground, so this mistake often results in weak-tasting coffee. For the most accurate brewing, you really want to weigh your beans. Using 10.6 grams of beans per cup is considered a good starting point. If you don't have a scale, then grind your coffee beans before measuring them. You're going for 2 tablespoons of ground coffee per cup.

If you are making one of the little mistakes above, correct it, and you'll likely find that your coffee tastes a whole lot better as a result. Experiment with different beans, such as the beans used in Colombian whole bean coffee. There's no reason for little mistakes to ruin your cup! 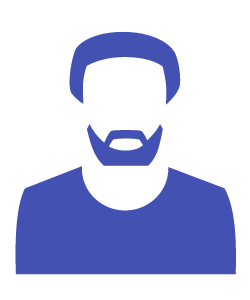 I have always loved to cook, which is why I started focusing on food preparation at home. I wanted to make delicious, home-cooked meals for my family each and every day, so I started focusing on improving my skills. It was really difficult to make things right, but after I took care of business, things really started to come together. Check out this blog for great cooking tips for real-life cooks like you and me. With a little practice, a focus on better ingredients, and a commitment to excellence, you can impress your friends and family with great breakfasts, lunches, and dinners.